“I cannot imagine how life can be without using the media.” — Uganda
“Media is not just a convenience, it is literally a part of my life.” — USA

College students around the world are strikingly similar in how they use media – and how ‘addicted’ they are to it, according to a global study of university students by the International Center for Media & the Public Agenda (ICMPA) in partnership with the Salzburg Academy on Media & Global Change. 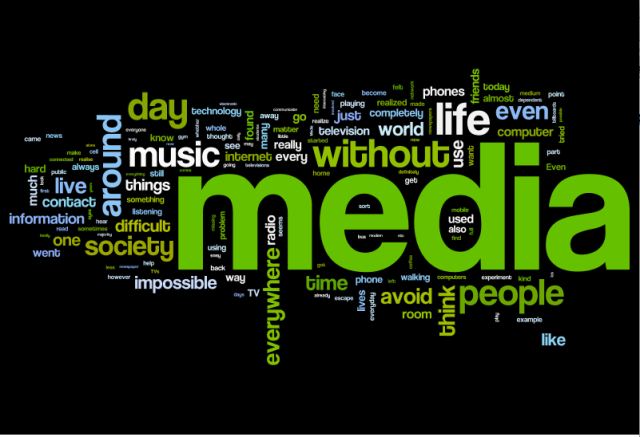 The ICMPA-Salzburg Academy study asked close to 1,000 students in ten countries on five continents – from Chile to China, Lebanon to the USA, Uganda to the United Kingdom – to abstain from using all media for a full day. After their 24 hours of abstinence, the students were then asked to report their successes and admit to any failures. In aggregate, the students from a dozen universities wrote close to half a million words – or about the same number of words as Leo Tolstoy’s War and Peace.

Take a look at what these university students from the United States, Latin America, Africa, the Middle East, Europe and Asia had to say about their struggles to go 24 hours without media. See the top fifteen highlights of the study below, and browse inside for more details.

Here are the top 15 surprising facts from the study:

Click here to go to the Study Conclusions page, and read the lessons of this study for students, universities, media entrepreneurs and journalists.

You may also want to click on the country pages, accessible via the top tabs, to see specifics about how students in each country reacted to going unplugged for a day. The study results are also broken down on the top tabs by what students said about how they use specific media – mobile phones, social networks, news outlets, etc. – and what students said about how they felt going unplugged – their emotional responses, such as feeling isolated, bored, as well as relieved.

The header ‘keyboard’ photo is taken by Anam Shahid.

The black and green word cloud graphic was generated by Wordle.com from the half a million words written by students in response to the world Unplugged experiment. The larger the word in the graphic the more frequently it appeared in the student narratives.